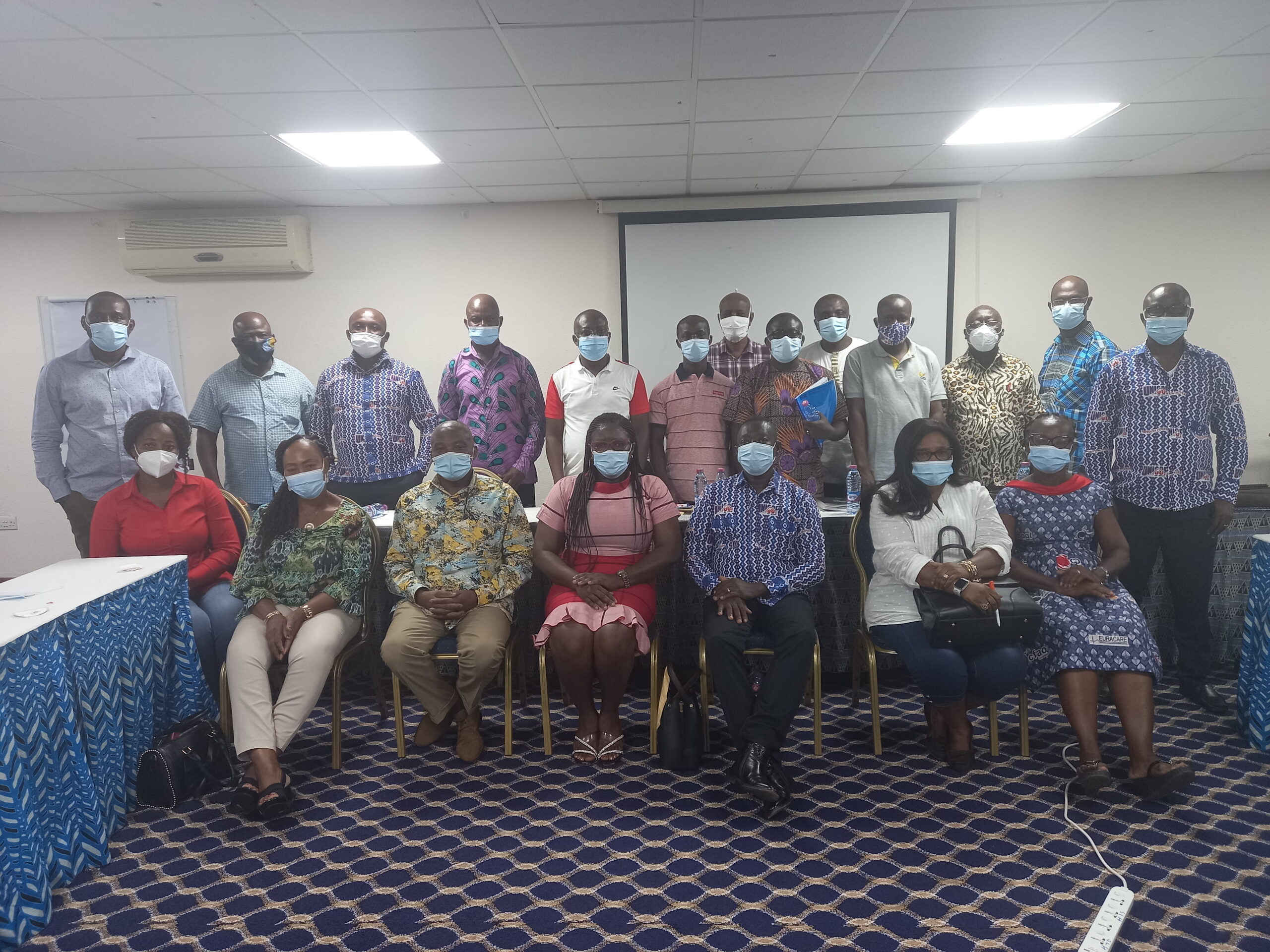 The Union held its 7th National Executive Council (NEC) meeting of the 3rd Quadrennial at the Sunlodge Hotel, Tesano on Saturday, 14th November, 2020.

A total of Eighty Three (83) members comprising of the Executive Committee members, Regional Council Members from all the regions, Institutional Representation from some of our locals, National Executives of the National Women’s Council and some Secretarial staff, took part in the meeting, which discussed among other things;

The meeting discussed the activities of the Union over the period under review and some major decisions were made. Members also mandated the EXCOM to implement agreed projected activities for 2021.

The meeting was taken through the Union’s finances by the finance committee and the budget for 2021. Budget was approved with some modifications.

The meeting was also updated with the progress of work toward the Union’s 4th QDC which had to be rescheduled due to the COVID-19 pandemic.

The following decisions were made;

In attendance was the Deputy Secretary General of the Trades Union Congress (TUC) of Ghana, Brother Joshua Ansah.

Addressing the members, he assured the Union of the TUC’s unflinching support, whiles urging members to do their part to move the Union and the Trade Union fraternity to higher heights.