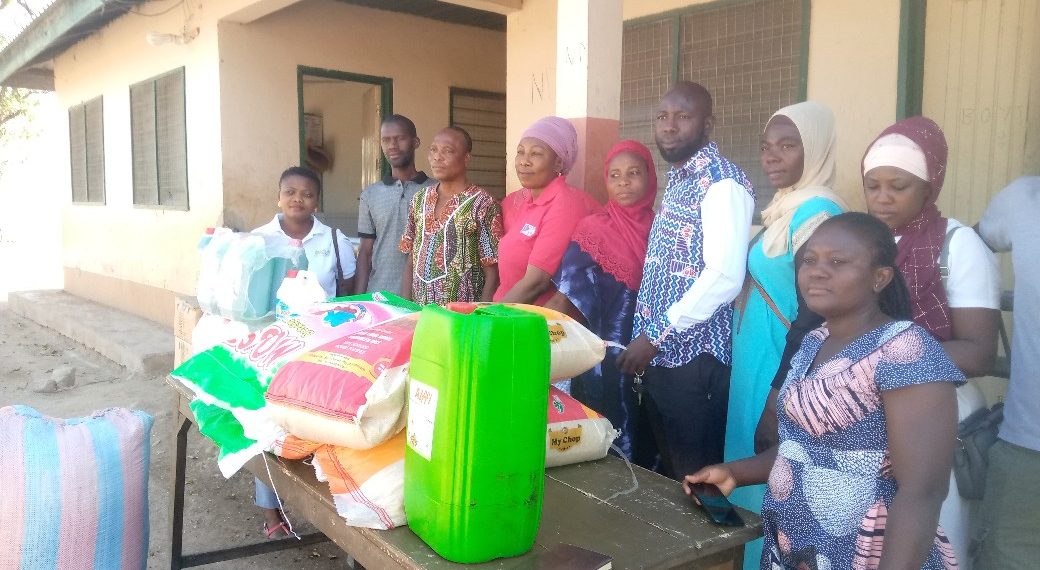 Addressing the media, First Vice Chairman of UNICOF in the Region, Mr. Issaka Mohammed noted that, the mandate of the union is to organise their members and educate them on their rights and when they have issues with their employees the union steps in, adding that the union took the gesture to support the school as part of its social responsibility, also to keep smiling faces on the pupils of the special school.

He thanked members of the union for their contributions towards the donation and further appealed to other similar unions in the region to incorporate actions like this in their dealings.

“As a union we also thought that helping the needy should be one of our corporate social responsibilities. We started this some years back and last two years we did one at School for the Blind and this year we heard of this school, we came here and saw their challenges and we thought we should select them. The items worth about GHS2,000.00”. Mr. Isaaka stated.

He appealed to management of the school to put the items into good use in order to serve the intended purpose. Mr. Issaka expressed appreciation to the Women caucus for the hard work they have done in getting the school selected stating that, they initiated the move and UNICOF main branch comes to support.

Meanwhile, Madam Fatuma Saaka, Regional Chairperson of the Women Committee of UNICOF, calls on parents not to neglect children with intellectual disability adding that, God knows why they were created, calling on all mothers to put in their bids in supporting such children.

She further charged mothers who have such children at home to bring them on board for them to be educated and taken care of by the school authorities on their behalf.

On his part, Mr. Vitalis Niben-yel Tuolong, Headmaster of Don Bosco Special School, on behalf of the school management expressed his gratitude to the union for the support adding that, they came at the right time. He promised to ensure that the items given them serve their intended purpose.

The headmaster seized the opportunity and appealed to government and other benevolent organisation to support them with structures that will accommodate the staff of the school revealing that, the school lacks staff accommodation which results to the pupils being left under the care of the school mothers only during odd times.

Mr. Vitalis also used the opportunity and called on parents who have such children at home to bring them to the school rather than marginalising them at home.

The items donated comprised 4bags of maize, 2 bags of parboiled rice, one gallon of cooking oil, 5 gallons of parazone (Bleach), 5 gallons of liquid soap. Also 5 bags of washing powder, 2 boxes of Jamaa washing soap as well as cartons of assorted drinks and biscuits were items donated to the the school.